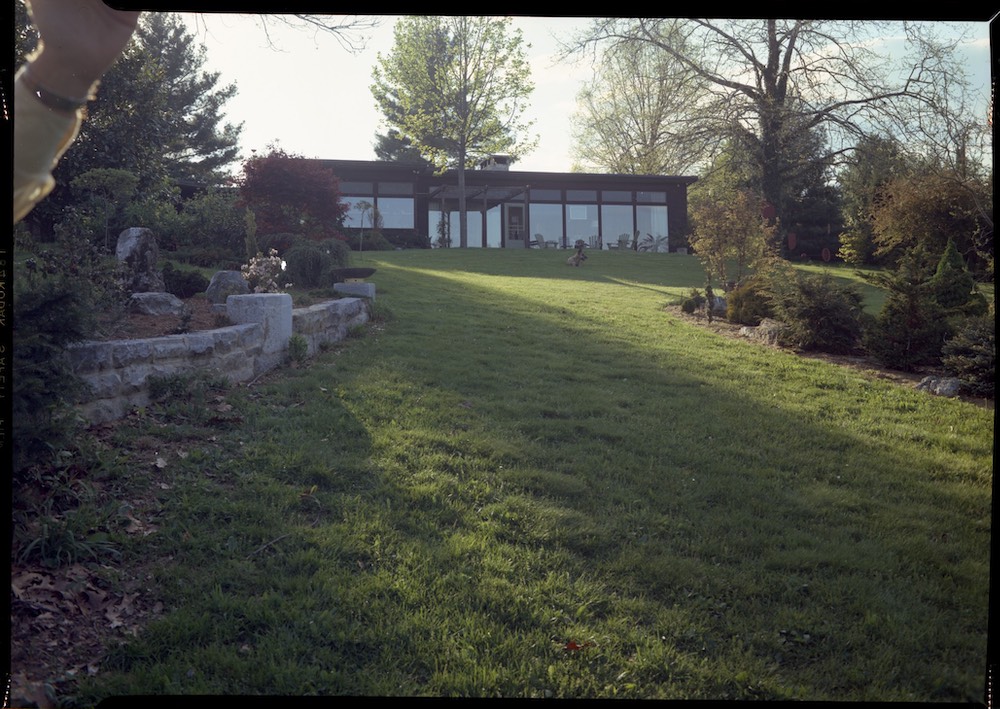 Dear friend, whether you are eighty or eight, or somewhere in between, we’re going to tell you how Boxerwood came to be. And we’re going to tell you in the way we tell 3rd graders, pitched as they are between wonder and capability. We tell this story to every child from every school every damp and foggy fall, at least in a regular year. By this point, most children have visited Boxerwood before, but none have yet been ushered into the story of “How Boxerwood Came To Be.” This story, we hold back, till muscles grow, and imagination, and attention. This story sets something happening: a seed in fertile ground: can you, yourself, change the world, right from your own backyard?

The full telling takes about ten minutes, complete with hand gestures and stomps and a couple of mathematical calculations, but sorry, you’re not privy to it all. But we will share with you a core element, the element that twists in some minds relentlessly: “Boxerwood?” Why “Boxerwood”? What kind of name is that?

If you guessed dogs, you’re right, but only half-right, because this is an extreme dog story. Now it’s true Dr. Robert Munger eventually owned dogs almost big enough to ride, but the genesis of the place we know as Boxerwood starts with boxers. Lots of boxers. Boxers so dog-like they just lay around the yard with their tongues hanging out.  Just lay about in the sun (for there was no shade then) while Dr. Munger, dug and dug and dug.   And planted, planted, planted.

How many boxers you ask? Fourteen. Okay, some were puppies when the event we are about to share occurred, but boxers nevertheless and if you imagine each dog with four paws, you’ve got a math problem of your own: 14 x 4 = 56 paws ready for digging. So this is what Dr. Munger’s friend observed the day he visited Bob in the backyard: the dogs and the digging and they weren’t at all related.  Bob’s friend looked at the dogs lying there and he look at the digger and he said, “Well, Bob, I see your making yourself a garden . . . a boxer garden.”

That moment happened more than seventy years ago, when the land the boxers lounged upon was still mostly open farmland and all the wonder to come was but a twinkling in the gardener’s eye.  When I think about this story, though, it always seems a pity Dr. Munger never figured a way to train those boxers to help him dig.  Instead, he kept on in his solo work, eventually enlisting BEA founder Karen Bailey (KB) in that enterprise too.

Twelve thousand shovel efforts later, Boxerwood is its own woodland wonder, but that’s a story for another time. As for this story: it’s groovy to remember those lag-about dogs, yet what I like to remember—and what we share with the kids — is that very first act: not all the boxers, but the curious, enterprising gardener who year by year, tree by tree, made Boxerwood all that it is today.

To borrow a line from the poet Mary Oliver in “Summer Day:” Tell me, what is it you plan to do with your one wild and precious life? 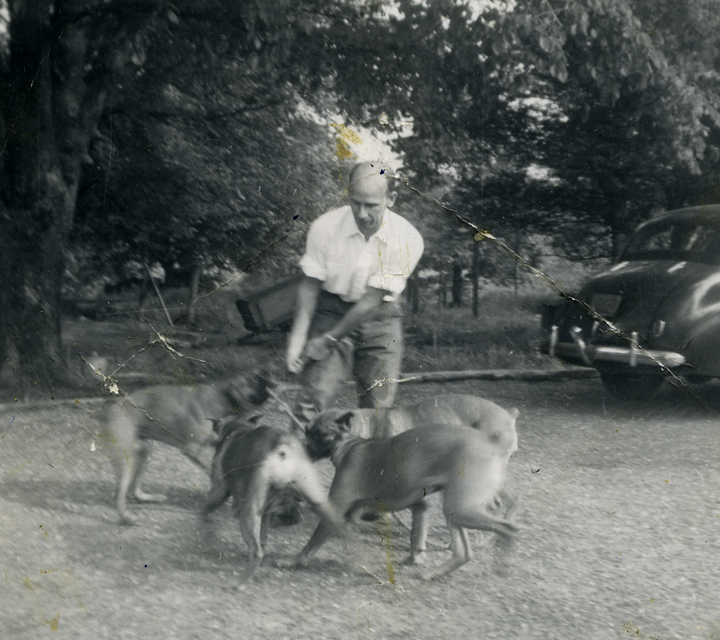