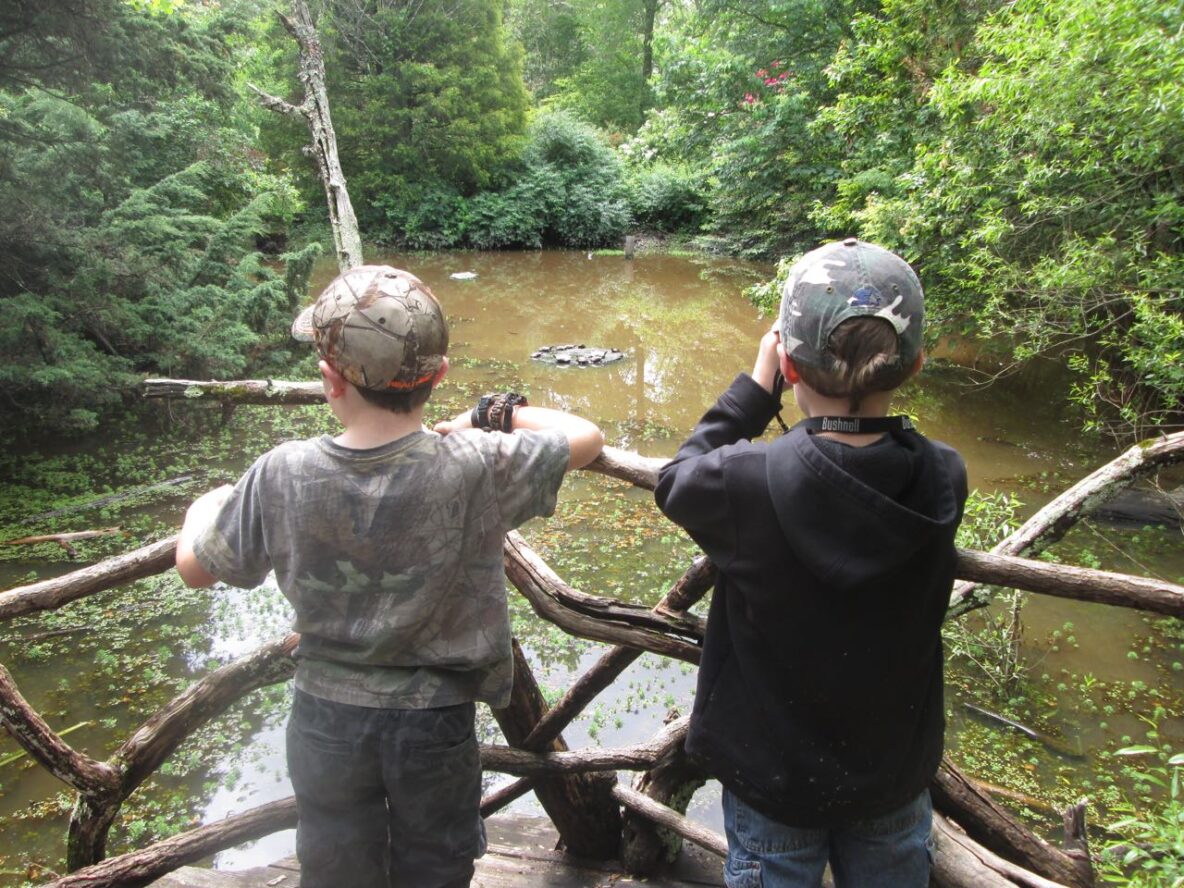 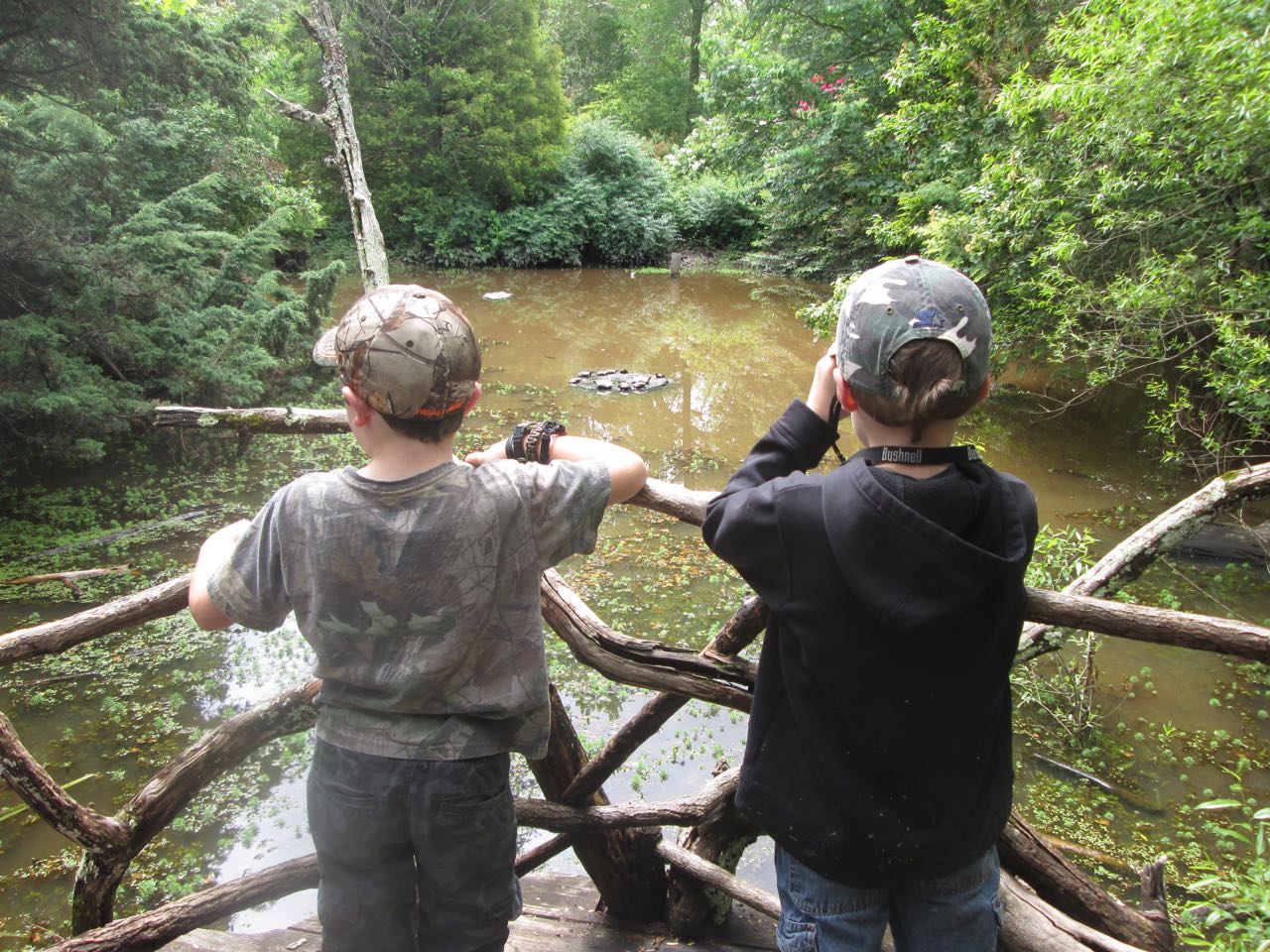 This story is about seven words, but they come at the end. So that makes most of what I’m going to share with you a typical Boxerwood backstory. This story–which ultimately is about why Boxerwood does what it does–starts somewhere else: with a frog, a stick, and a hill.

Let’s talk about the hill first, which also involves a pond. When Dr. Munger set about to transform old farmland into some else entirely, he not only planted trees, he dug ponds. The run-off pond collects rainwater from the hillside below the Lodge. The wetland pond—originally the Munger swimming hole– receives water from the run-off pond, two springs, and the hills. Frogs and turtles adore both ponds, and children even more so. Surely the feeling is mutual.

After every rain, plenty of stormflow slides down the hillsides into the ponds, and  plenty of soil.  This silting phenomenon resulted long ago in the loss of that swimming hole. But it does enable us, as BEA educators, to teach children about erosion and watershed protection. Ask most any 4th grader, and they’ll tell you: the ocean starts here! Whatever washes into the streams at Boxerwood flows into our ponds, then Woods Creek, the Maury, the James, and the Chesapeake Bay, where, incidentally and regrettably, sedimentation is the number one threat to aquatic life.

So, we say to the 3rd grader: what can we do to help the frogs? Usually we work in small teams to plant grass on the eroded hill.  But sometimes—as in this story—we become engineers: we build stick palisades in the stream gullies. Any bunch of sticks and a couple of 8-year olds will do. Exuberantly they will toil. Exuberantly they will build their silt traps alongside or even across the creek beds, thereby (we remind them) protecting the water and the frogs.

And so it was, one spring day a few years back that a small crew of third graders set upon our perennial erosion problem. The students attended a low-income school whose program was greatly subsidized by your donations, and for this story, both facts are important. That morning, we had been building stick dams along a stretch of stream just below the Great Oak and the young-but-aspiring dawn redwood. The sun was hot, the mud was mud, and before long (surprise!) it was time for lunch. As I slowly herded the children up the hill and back to the Lodge, I noticed two stragglers chatting. Climbing up that hill, I overheard the conversation that even to this day energizes our Boxerwood work. The boys were sweaty, and out of breath, trudging up the hill like two boot-heavy laborers. Or maybe like young men more grand. More noble.

“But we helped the frogs and turtles,” said the first boy, still climbing.

“Sure did,” said his friend. 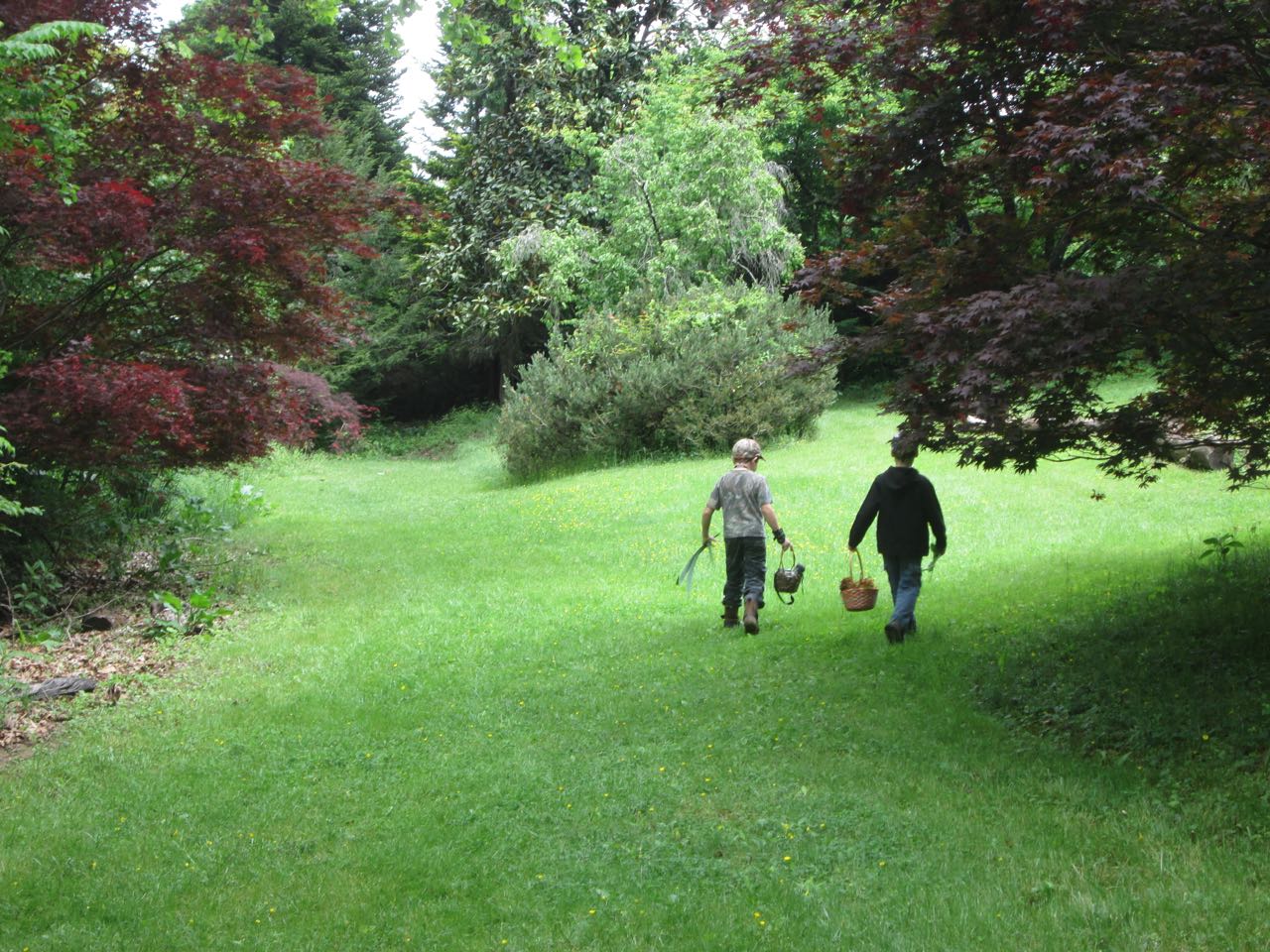