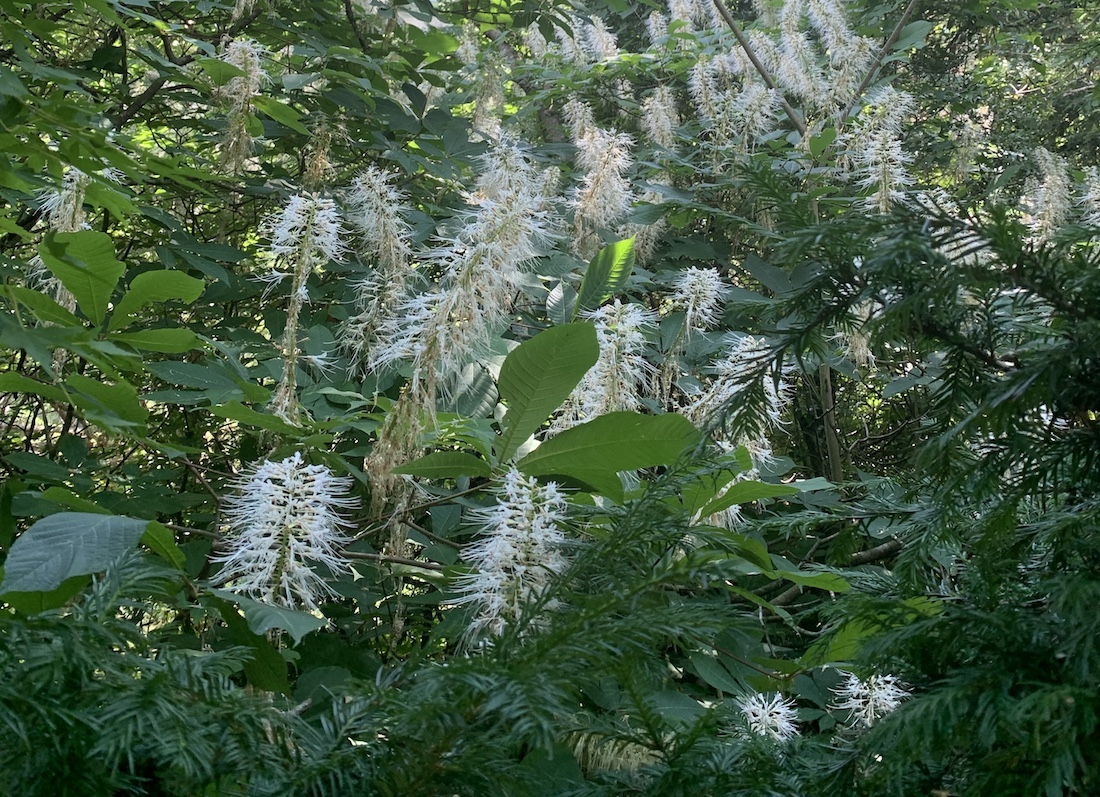 Bottlebrush buckeye in bloom at Boxerwood

One of the horticultural gifts from Dr. Munger is in bloom at Boxerwood now: bottlebrush buckeye (Aesculus parviflora), which he planted here more than 60 years ago.  Bottlebrush buckeye is native to the southeastern United States, primarily Alabama and Georgia.  It grows up to 12 feet tall, but it tends to sucker and over time it will spread quite wide, with multiple main stems.  As such, it is best classified as a shrub rather than as a tree.  It is related to horse chestnut and Ohio buckeye; the name “buckeye” derives from the nuts, which are said to resemble the eye of a deer (please note: the seeds and foliage are poisonous to humans if eaten).

Bottlebrush buckeye is a wonderful plant for pollinators.  It blooms in late summer, when many other flowers have come and gone.  The blooms are prominent and memorable: white, 12 inches tall, upright flowering spikes (bottlebrush shaped).  The flowers attract butterflies, hummingbirds, and other pollinators.  Bottlebrush buckeye is not common in American gardens, but it is a very popular ornamental plant in Great Britain (and was even awarded the Royal Horticultural Society’s Award of Garden Merit). In the wild, it grows in the shady forest understory.  In the garden it will tolerate partial shade or full sun, and is sensitive to drought.

At Boxerwood, you can find several large stands of bottlebrush buckeye: the largest is in the Play Trail, near the back gate.  There is another large stand just upstream from the “Secret Spring,” and a smaller stand on the path leading downhill from the Lodge to the rain-fed pond. 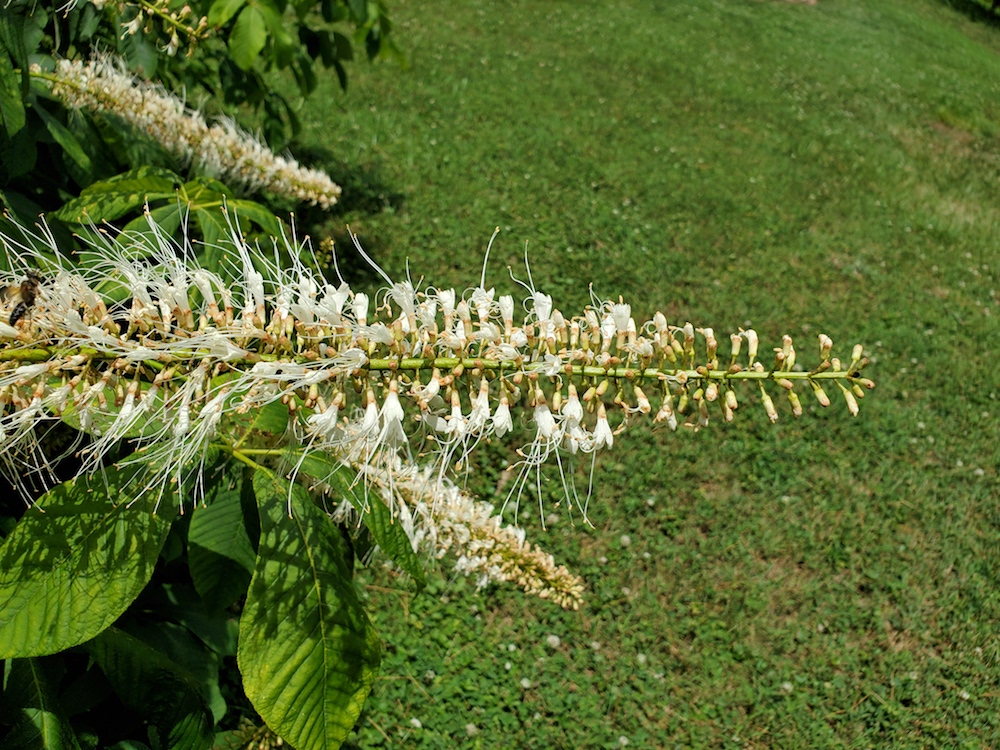